Korean time is 9 hours ahead of Greenwich Mean Time (GMT+9). Business hours for banks are generally from 09:30 to 16:30 on weekdays only. Banks are closed on Saturdays, Sundays and public holidays. ATMs are widely available. Major department stores are open from 10:30 to 19:30, including Sundays, but smaller shops tend to open earlier and close later every day. 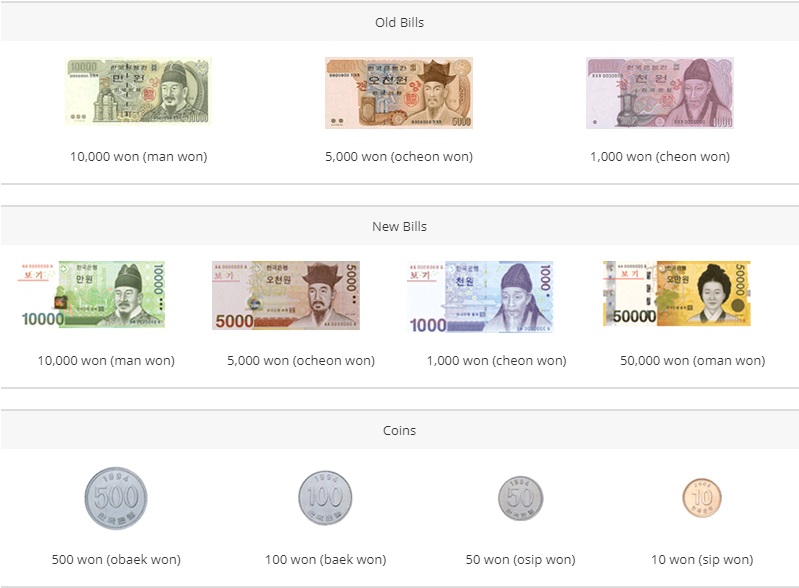 2) Banks
Banks can offer some of the best exchange rates to travelers. Banking hours can vary, but most business hours are from 09:00 to 16:00. ATMs typically operate until 23:00, but many are open 24 hours. ATMs can also be found at convenient stores, but generally charge a higher transaction fee. ATMs that accept international cards are common, especially in areas frequented by foreigners; look for ATMs with a “Global” sign or the logo of your bank. Global ATMs offer multi-languages.

3) Credit Cards
Diners Club, Visa, American Express and MasterCard are widely accepted at major hotels, shops and restaurants in the larger cities. Check with your credit card company for details of merchant acceptability and other services which may be available.

4) Traveler’s Check
Accepted, but may be difficult to change in smaller towns. To avoid additional exchange rate charges, travelers are advised to take Traveler’s check in US Dollars. The exchange of foreign currencies may be made at Incheon International Airport.

Value-added tax (VAT) is levied on most goods and services at a standard rate of 10% and is included in the retail price. In tourist hotels, this 10% tax applies to meals and other services and is added into the bill.

Tipping is not a traditional custom in Korea. A 10% service charge will be added to your bill at all tourist restaurants and hotels. It is also not necessary to tip a taxi driver unless he assists you with luggage or provides an extra service.

In Korea, electrical outlets are operated at 220 volt and F-Type plug is used only. Overseas delegates bringing laptop computers and other electrical appliances are advised to check whether a transformer is required. 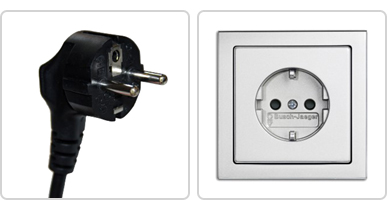 Hangeul (한글), Korea’s official alphabet, was first invented by King Sejong during the Joseon Dynasty. Originally called Hunminjeongeum (훈민정음), the language was conceived in 1443, and further promulgated by the King in 1446. At the time of its inception, the language consisted of 17 consonants and 11 vowels however, since then, 3 of the originally established consonants and 1 vowel have fallen into disuse bringing the total number of characters to 24. Syllables are formed by the selective combination of vowels and consonants to create words. Learn Korean

According to a survey conducted 2015, South Korea was chosen as the world’s safest nation among 120 countries. South Korea has never been under attack from terrorist group. Possession of guns as well as drugs are prohibited and penalized by law. Also perfect order reigned throughout the country.

You can pay by cash or credit card in all taxis in Korea.

2) Local bus
You can pay by cash or transportation card. It is good to prepare the money according to the amount. You can reduce the hassle of getting change. The amount can be measured differently depending on distance.

If you use subway, you can buy ticket in cash at the station by machine. Some cities receive deposits for tickets, and after use, deposits can be retrieved through machines. Fare is measured differently depending on distance. You also can use traffic card for using subway.

This website uses cookies so that we can provide you with the best user experience possible. Cookie information is stored in your browser and performs functions such as recognising you when you return to our website and helping our team to understand which sections of the website you find most interesting and useful.

Strictly Necessary Cookie should be enabled at all times so that we can save your preferences for cookie settings.

If you disable this cookie, we will not be able to save your preferences. This means that every time you visit this website you will need to enable or disable cookies again.